Off I went again, me and my van, hoping to reach Leipzig at a reasonable hour. All started well enough, but it seems that I can’t escape roadworks anywhere and the incredible naps began to take over as per usual. I stopped at one of those wooded parking places that the Germans have on their Autobahn but I was moved on by a very friendly policeman because a huge lorry needed my place. I think he just meant me to move along a bit but I was marginally traumatised so I just left and moved on to the next one. When I found a bigger one I stopped for tea and had a lovely little nap in my napping car. I don’t know why I didn’t get one sooner, a car that has a bed is perfect for me.

I carried on but after another couple of necessary stops I realised that I may as well stop for the night before I got to Leipzig. I had found a little spot near a swimming pool but as I was due to pick up my passenger at half past ten and the pool didn’t open until ten o’clock, I was as well going there in the morning. Using the trusty park4night again, I found a little riverside spot in Alsleben, Saale and got myself officially rested. 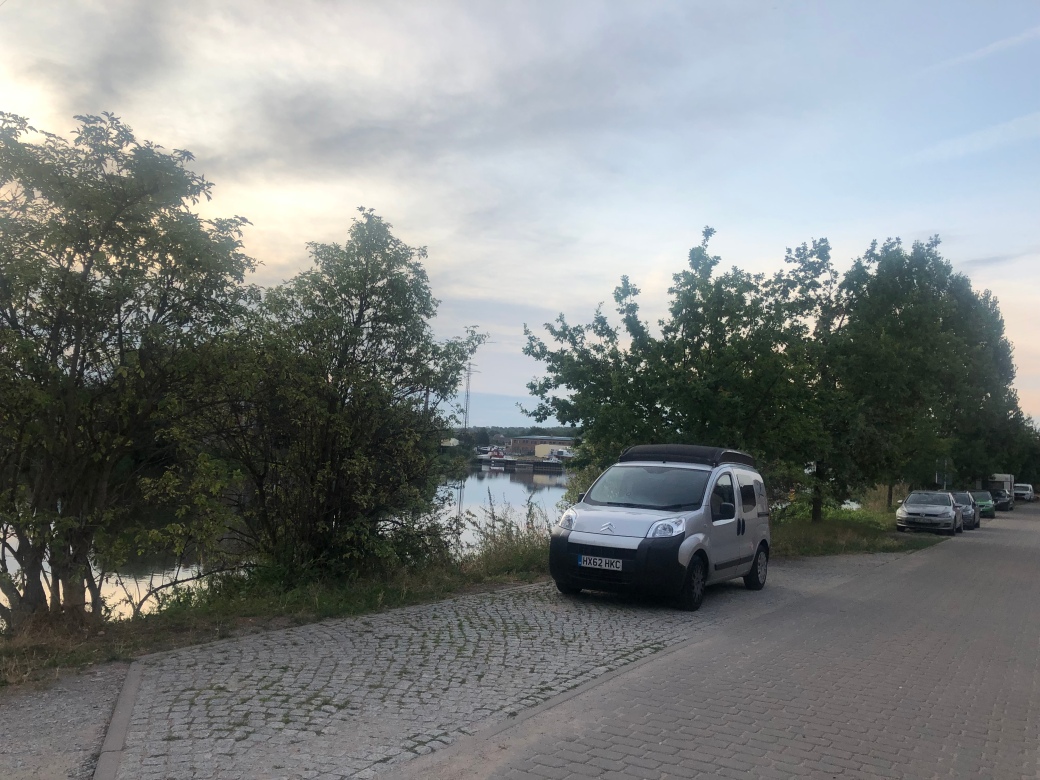 I made a couple of fundamental errors where it came to Leipzig. The first was to have found a paid car park in the centre of the city to pick up my passenger. It was €1 for thirty minutes and I got there three hours early. The second, potentially a lot worse, was that Leipzig has a low emission zone that I had completely forgotten to look in to. I saw the signs and suspected as much, but it wasn’t until I’d stopped and checked on line that I realised there was nothing I could do about it retrospectively. If I get a hefty fine it will pretty much negate any benefit that I have gained through Blablacar, I’ll know for the next time I suppose.

My passenger agreed to meet me half an hour earlier so I could get out of that zone as quickly as possible and so I spent just under two hours having a quick look around the city centre. I spent a ridiculous amount on fruit and veg at the station complex, yet another reminder that I really need some language skills. The cherries were amazing though and I pretty much lived on them for the next couple of days. Leipzig is another place that I would like to go and stay properly in and have a proper explore, it was so pretty at that time in the morning and seemed nice and laid back. My passenger arrived just before 10 and we got back on the autobahn and headed to Poland. 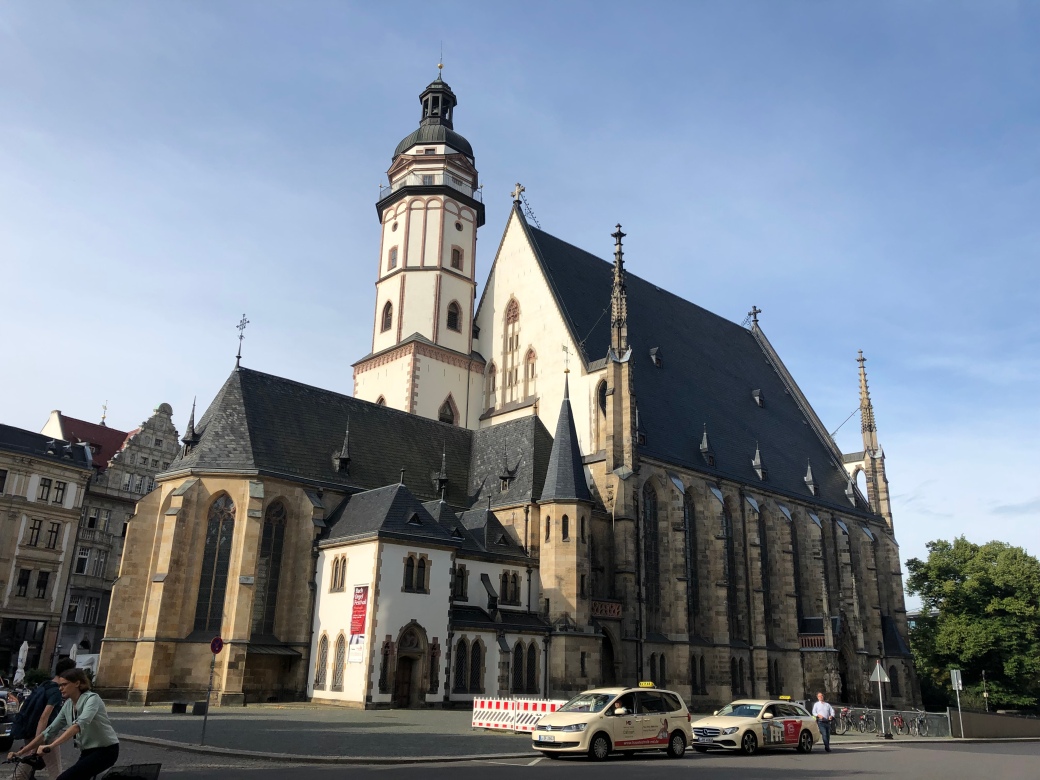 Blablacar passenger #2 was a lovely person from Wrokław who had moved to Germany after studying. She was very well informed and great company. We were significantly held up again due to both roadworks and an accident so we didn’t get to Wrocław until after 7 o’clock. Just over the border we stopped at a little retro cafe with forest decoration for a coffee to wake me up a bit.

I finally found my campsite, ‘Camping 117 KS AZS-AWF Wrocław’, which was very well signed and I was ushered in the gate by a little old man. The lady in the office didn’t open the barrier for me, however, until I had my passport which meant that I had nowhere to park and had to reverse out of the way to let someone out. When I finally got in I was allowed to park wherever I liked so I chose a far-away spot under a tree which was next to an electricity point. The point only had two pin sockets which made me feel quite smug about my random amazon hook up purchases that I didn’t really think I’d need; not only did I need my two pin adapter but it turned out that I also needed a polarity reverser which I discovered with my polarity testing plug. I think I should possibly become some type of electrical mechanic.

The campsite was one of many ex-soviet campsites that are dotted around Poland, I’m in another one now. It cost 60zł a night which was possibly a bit steep as it was quite dilapidated, but it was easy to get to the city and surrounded by beautiful parks. The grassy camping area was surrounded by soviet camping huts, most were ruined but I liked them; looking out at the modern day multicultural campers reminiscent of a very different and not so distant past.